Ana sayfa > Haberler > Female diplomats in France: from 1930 to tomorrow

Female diplomats in France: from 1930 to tomorrow [fr]

Gender equality has been declared the great cause of President Macron’s term. It is now at the centre of France’s work around the world. The credibility of this commitment depends on setting an example through France’s diplomatic network by working towards gender equality in the workplace. Progress in this field and the Ministry for Europe and Foreign Affairs’ plan for the future will be on display at the Quai d’Orsay for International Women’s Day on 8 March 2019.

France is following up on its commitment to fight inequality through its 2018-2022 International Strategy for Gender Equality. This strategy’s primary focus is following exemplary practices regarding all staff in its diplomatic network, promoting gender equality, especially in senior management positions. It is at this level that the room for improvement is at its highest and the challenge of parity is most at stake. Since 2012, progress in employing more women in the high-level positions of this ministry has been unprecedented with more women appointed as ambassadors between 2010 and 2018 than in the 40 years prior. In 2018, 52% of ministry staff and 26% of ambassadors were women. 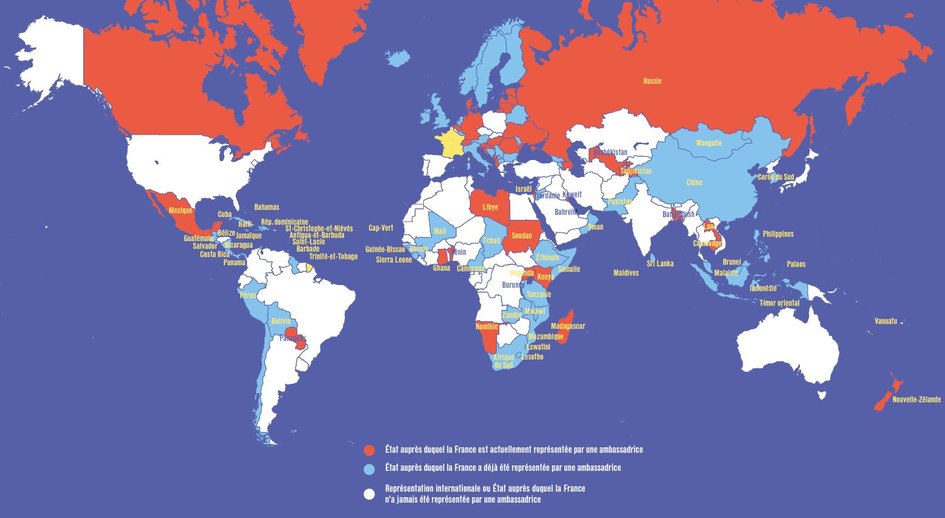 Through an exhibition inaugurated at the Quai d’Orsay on 8 March 2019, the Ministry for Europe and Foreign Affairs looks back over the progress made, and what remains to be accomplished. This exhibition presents the portraits of those women who were the first to occupy the positions of ambassador and director, but also the mosaic of women in our diplomatic network who symbolize around the world the culture of equality that the Ministry for Europe and Foreign Affairs is working to establish. Lastly, the mirror panels reflect the range of possibilities and show the challenges that are yet to be met by encouraging every women to visualize themselves as an ambassador in countries across the five continents. 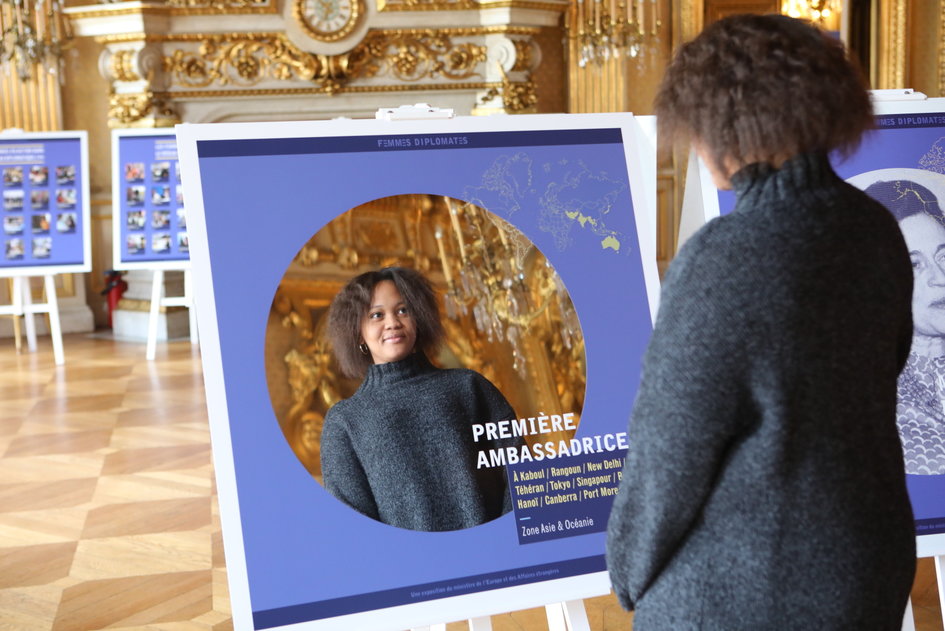